I’m an award-winning journalist with publication and broadcast credits that include Chatelaine, Reader’s Digest, More Magazine, Best Health, Cottage Life, CBC Radio’s The Current and others. I’m the former managing editor and editor-in-chief of Chatelaine, a recipient of the Outstanding Achievement Award from the Canadian National Magazine Awards Foundation (and an 8-time NMAF finalist), a co-winner of a Canadian Science Writers’ Association Award with my sister the journalist Tina Pittaway, and a finalist for the American Society of Journalists and Authors service writing award. I’m currently at work on a book that explores the question “Is forgiveness necessary?”.

Today, I spend much of my time working with mentors, faculty and students in the MFA in Creative Nonfiction low-residency program at the University of King’s College, in my role as executive director. Our program is focused on both the craft and business of nonfiction writing, and I’m delighted to be part of a program that is helping to bring great stories into the world.

I also work with a small number of clients, most in the post-secondary education and NGO sector, on communication strategy and storytelling, helping organizations who do great things tell their stories more effectively. I’ve led writing workshops for Magazines Canada, the Alberta Magazine Publishers’ Association, the International Regional Magazine Association, IFEX and others.

In my spare time (yes, there is a little!), I haunt auctions and hunt through antique and second-hand stores, on the lookout for mid-century furniture I don’t have room for and art that catches my eye, like a set of wonderful etchings by Max Pollack that I got for a song. Since moving to Canada’s east coast, I have built a collection of small pieces by wonderful artists like Leya Evelyn, Lorena Ziraldo, and Lesly Benditsky. I’m saving up for an Alan Sylliboy drum. My dining room table was bought at auction, and when I got home and looked up the obit of the Navy captain whose estate it came from, I was delighted to discover that one of his favourite phrases was “That reminds me of a story.”

What I care about

How do people survive tough times? Why are some more resilient than others? How do we create a society that values diversity and makes room for difference? And how can we make the world a better place, one story at a time?

I love true stories that challenge our expectations about simple answers and clear conclusions. I like ambiguity. I’m attracted to stories that make me think—and keep me thinking long after I’ve read (or written!) the last line. I like people who struggle, and who are honest about life’s struggles.

And I have a deep affection for well-deployed profanity.

I’ve earned my living writing and editing, and I both love and loathe the business side of the business of writing. It’s challenging and exasperating and exciting and daunting. And the smartest thing any writer can do is understand how it all works, so that she can make it work for her.

How to read my resume

You can see the broad outline of my work life on LinkedIn. Here’s the narrative.

I graduated with a degree in journalism from Carleton University in 1986, and spent my first two years working for a small owner-operated magazine aimed at people over 50. I was 22. I don’t think they could afford anyone over 50. When the magazine closed shop, I started freelancing. I sent out almost 20 queries to Canadian Living magazine—all of them rejected—before an editor finally took pity and assigned me a front of book piece on a subject I hadn’t pitched. Before long, I was writing regularly for the magazine, and for other national consumer magazines as well. Along the way, I also proofread Harlequin Romances (it was a form of romantic self-abuse), wrote advertising copy, did stints chase producing for television, wrote a newspaper column on the environment, did policy research for a magazine industry association and more. In the mid-1990s, I started writing features for Chatelaine (one editor called me the angel of darkness because many of the topics I tackled were, well, challenging). In 1999, I became a columnist on social issues for the magazine, eventually becoming a part-time features editor and then full-time managing editor. In 2004, I was named editor-in-chief. In 2005, I left the magazine after clashing with my publisher over drawing the line between editorial and advertising content. It was a big deal at the time, and I wasn’t sure I’d work in magazines again.

I did—though not on staff. I returned to freelancing, took what I’d learned about marketing and online publishing, and started doing consulting work with publishers and others on print and online communications. I returned to school and earned an MFA in Creative Nonfiction from Goucher College. (I took the long route—starting in 2006, stalling and then finishing in 2014.) I’ve taught at Ryerson University and King’s College. I’ve had the privilege of working with IFEX, an international network of free expression groups whose members often risk their lives to ensure that important stories get told. In 2014, I joined the MFA program at King’s as a mentor, and in 2017 stepped into the role of executive director. It is an amazing program whose students are producing terrific books. (If you’ve always wanted to write a nonfiction book, you should check us out.)

I am at work on a memoir called Grudge: My 10-Year Fight with Forgiveness. 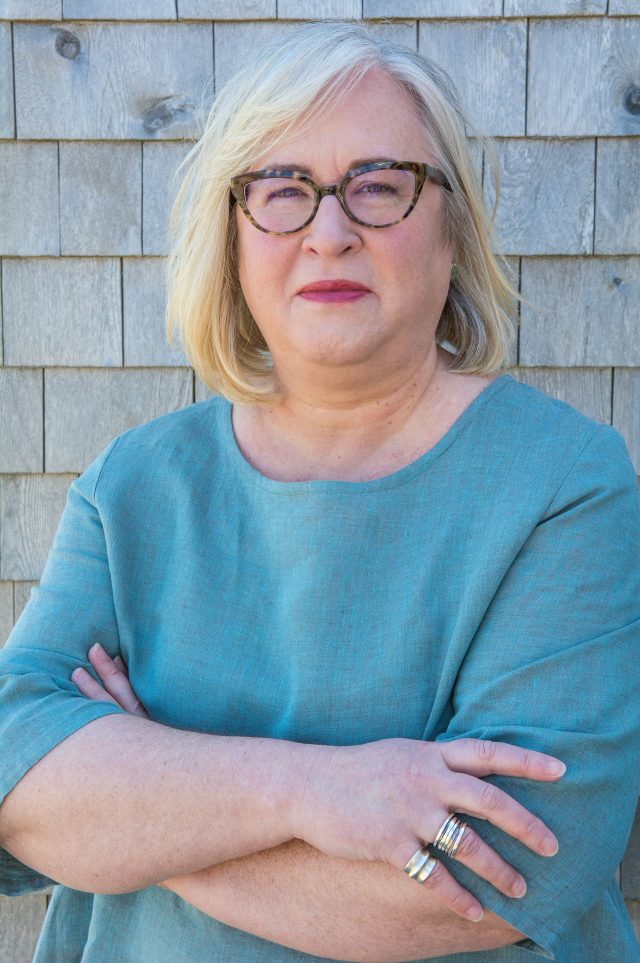